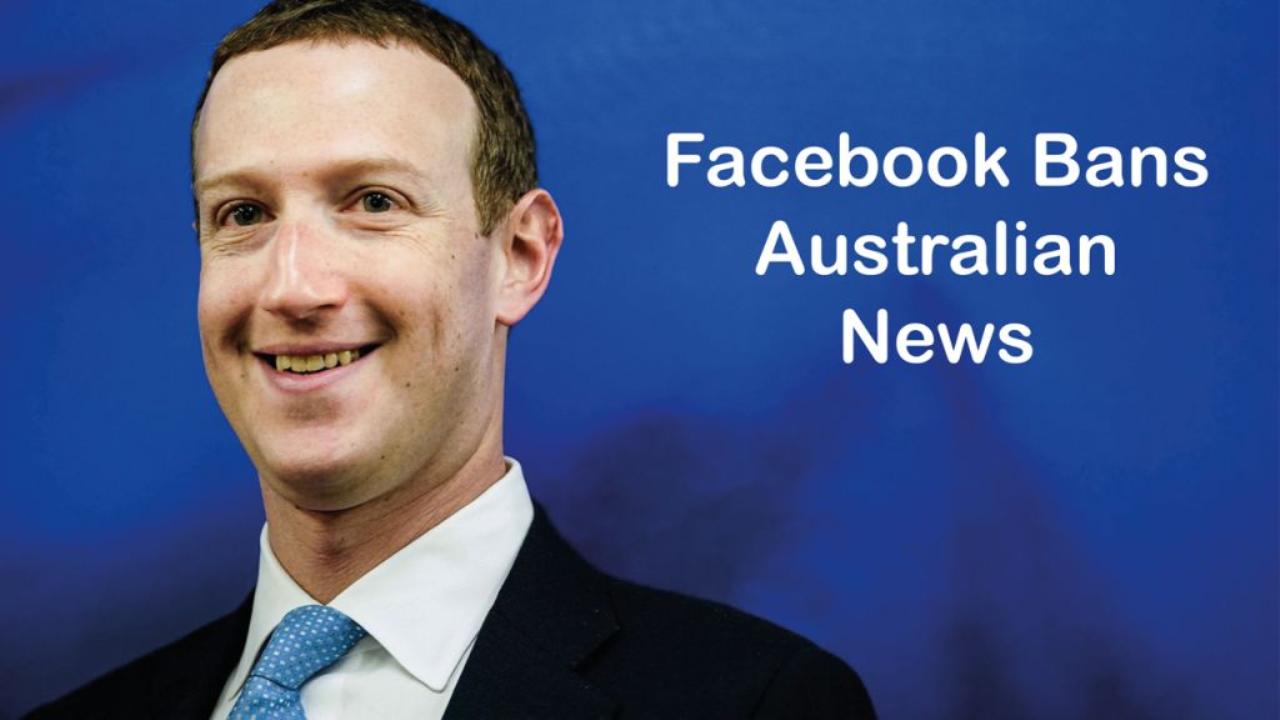 Facebook recently banned Australian news pages along with some state government official pages.  The chaos begun with ACT Government Health page showed no post on the page. Some local authorities like Fire, Police and Health post information about what is happening in the area.  However, the ban on government pages seems corrected after discussion with Facebook’s officials.

I’m sure you have heard about the new legislation bill to pay for news media platforms in Australia. Under the new bill, tech giants have to pay news publishers to share content on their platforms. Because tech giants like Google and Facebook, making money by sharing news content on social feed and search results. So basically, the Australian government wants them to pay the publishers for their content and contribution.

On the other hand, both companies argued that they are not getting much out of news media. Facebook said it’s their choice to publish it on our social media platform for their viewers. These news media companies are gaining new viewers from online platforms, and it’s in their favour.

Google showed readiness for other arrangements, like supporting news media services in another way. It’s impossible to restrict the content in a certain way, and it breaks the search engine algorithm. That is not the way internet works and so they happy to discuss further. But the Australian government wants to pass that bill and make a law for every tech giants have to pay for Australian news content.

What happening next about Australian News Ban on Google and Facebook?

Similarly, emergency service pages are popular in Australia. It helps to stay up to date about health, fire, flood and weather. And suddenly disappearance of important social posts left many uninformed about health and bush fire and other information. So you can understand how important those local government pages on social media platform in Australia.

However, Facebook rolled back changes on its platform and seems government pages working fine again. But indeed, Facebook asked to make clear guideline about what to be displayed and what not in Australia.

Google said they would completely turn off their search engine in Australia. But they rather would postpone the plan, depending on the new relationship with news publishers. Google announced a new three-year deal with “News Corp” with a presence in Australia and United Kingdom. So, there are higher chances that Google comes into some arrangement with other Australian news publishers.

What the government said about Facebook banned Australian News media and other pages?

Josh Frydenberg, Australian Treasurer, said, “Facebook was wrong, Facebook’s actions were unnecessary, they were heavy-handed, and they will damage its reputation here in Australia.”

“What today’s events do confirm for all Australians is the immense market power of these media digital giants”, Josh Frydenberg added.

Why are these tech giants worrying about news media bargaining code?

The media bargain code is worth worrying about it for Google and Facebook. Because every country is now keenly looking over the issues in Australia with these tech giants. If Australia passes the legislation and makes Google and Facebook pay news publishers, other countries may ask for the same. So, these big tech companies may need to pay billions of dollars to news publishers worldwide. And that is the reason for banning and not operating in Australia for tech giants.

However, Google announced the plan for licensed news last year as “News Showcase”.  Google partnered with more than 500 publishers worldwide and committed $1 billion under the program.

The discussion is still going about clear rules and legislation of paid news publishing. But step taken by tech giants leads them to worldwide criticism for their social irresponsibility.

Google and Facebook both have rights to protect their values, but they have to understand other society’s values as well. Australia’s news media bargaining code may set a new trend for other countries to share local information. Also, how social platforms should operate in different region and respect their local values.

Indeed, blocking some public content may break the rules of internet searches and public viewing. But when it comes to the business, everyone should have a fair piece of cake. After all, they are not only one who’s driving people but people driving them too.