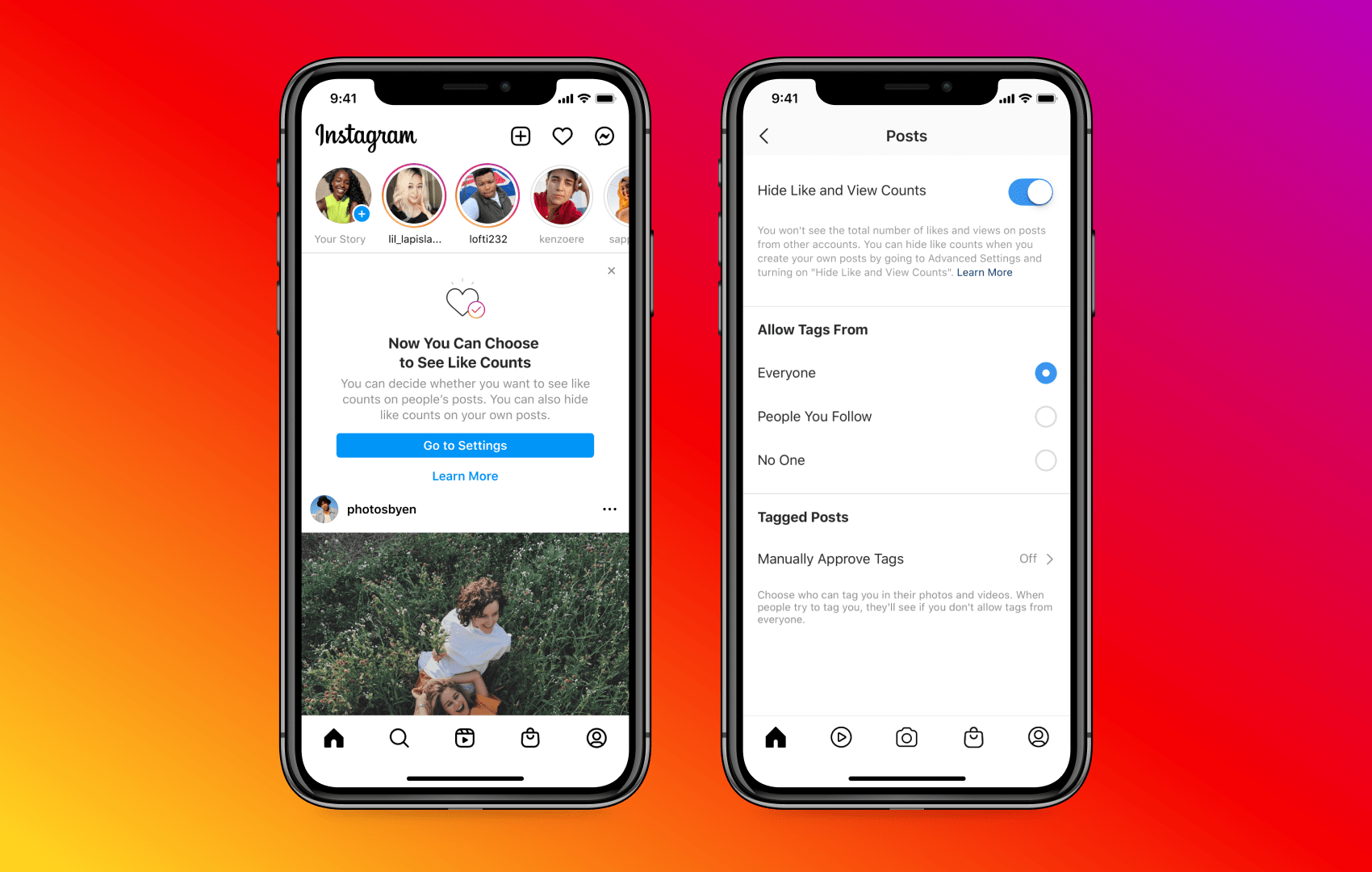 The world’s most prominent social media company now finally let you hide your like counts on Instagram and Facebook.  Instagram tested the “likes” hiding feature in 2019. But they found the middle way to please its users due to the chaos created by some influencers. Now it’s the users choice instead, they want to keep it showing to the public or hide it completely.

What is the reason to hide the “Like” counts feature?

Some social research organisations conducted surveys for the impact of public presence and favouritism. The research found a negative effect on people with fewer or more likes on social media platforms. Users consider likes a reward, so when people get more likes, they get influenced and do more on social media. But people who got fewer likes got affected with some depression and lead to negative mental health impact. According to RSPH research, young people are getting affected the most under social media influence.

Based on a survey conducted by RSPH, they asked to prepare some guideline or features for social media usage. They found 71% of young people prefer to have heavy usage pop-up notification. At the same time, 68% of young people recommended highlighting manipulated media. Also, 80% of young people supported identifying users who could be suffering from mental health problems. The survey also found different kind of health issues like depression, loneliness and anxiety in young people. So RSPH asked for government and social media companies to help to promote positive aspects on social media platforms.

In 2019, Instagram tested with hiding the “Like” counts by default for selected users. But professional influencers created chaos at that time as they were making money by partnering with various brands. And “Like” counts are the most crucial part of social media influencers business. The more likes you have, the more business you get from multiple brands as an influencer.

Instagram postponed implementing compulsory “Likes” hiding as they thought of losing users. But sooner they realised that it would not change the numbers of their users by seeing the survey results. So give back something to society, social media giants found the middle way and reintroduced the hide likes feature by user choice.

Hiding Like counts on Facebook: Navigate to the Menu on top-right -> go to the Settings and Privacy – > select Settings -> find Reaction Counts under News Feed Settings -> Enable/Disable appropriate options.

There have been many research and surveys conducted regarding social media platform usage and its effects. The results are shocking for young people as they are the primary users of any social media platforms. According to the research, many have found suffering from mental health and well-being issues. Young people are society’s future so protecting their wellness and health is the priority of any social community.

The features such as hide “Like” counts may help young people as well as others. Better if social media companies understand their responsibilities towards society. And introduce more features that help learn for career to young people rather than create mental health issues. Many societies well-being organisation hoping for the positive impact of hiding likes feature. And they might expect similar steps to be taken from other social media companies like Snapchat and others.