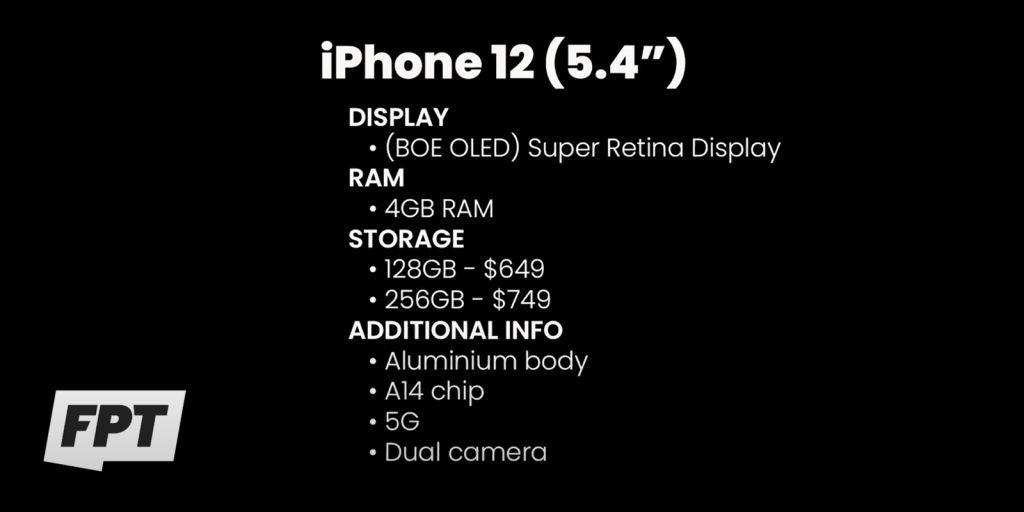 Yes, you heard right. Smaller screen iPhones are coming back to life this year. Apple recently released the third developer beta iOS 14, which has Display Zoom feature available since iPhone 6 model. The iPhone 6 came out with 4.7-inch screen size and Display Zoom feature helped lots of users that required assistance with visual impairments.

What screen size to expect for upcoming iPhones?

Apple has added the various screen resolution sizes in simulator recently for iOS 14 beta. The information available reveals that iOS adopted to run at 960×2079 pixels screen resolution. Or basically, it will have a 5.4-inch screen size for one or multiple models of the new upcoming iPhone.

The iPhone with 5.4-inch screen size and 5G feature is coming this year as per rumoured iPhone 12 news. There were other rumours around April stated that the new iPhone might look like iPhone 5. But it wasn’t confirmed so best to wait for the official launch of iPhone 12 by Apple.

How will Display Zoom feature enhance the user experience with newer iPhone models?

The Display Zoom feature can magnify the screen viewing by 1x to 15x resolution. This feature will help users who require bigger icons or fonts in many cases. With Display Zoom feature, you can use multiple gestures like swiping, tapping and pinching while using a phone. This feature also can pair with VoiceOver functionality where further assistance required by visually impaired people.

How to enable the “Display Zoom” feature?

The Display Zoom feature can be enabled at the “Accessibility” menu under “Settings” on your iPhone or iPad. You can go to Settings -> Accessibility -> Zoom, and adjust the various settings as per your requirements. To change the zoom level, drag the slider as per desired points at “Maximum Zoom Level” option.

There are some more features under “Zoom” that can help to better user experience like “Smart Typing” and “Follow Focus”. The Follow Focus feature will make the zoom window to jump to the text you are typing and follow it along. So you can see it better and type without mistakes or re-type it as required.

How to use the Zoom feature?

The Display Zoom feature is handy, and here are some useful tips for using the zoom functionality.

The smaller screen sized phones are no longer in fashion, but some users prefer to have pocket-sized phones. There are some reasons to have smaller phones likes fit into the pocket or tiny palm so the user can use it efficiently.  So upcoming iPhone with 5.4-inch screen may amaze the people who enjoy the smaller screen iPhones. And the “Display Zoom” feature is one of the often-used features for small screens iPhones which coming along the iOS 14 updates.

The design for the upcoming iPhone 12 may look like iPhone 5 for the 5.4-inch model. But the Apple releasing three other models with various screen sizes this year. Official launch dates not declared yet but expected to launch new iPhone 12 by Holiday 2020.